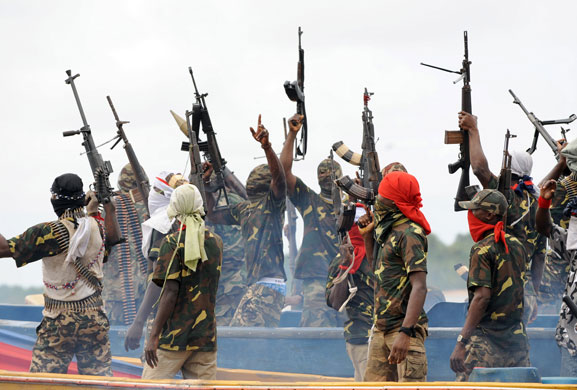 I just heard that the Nigerian authorities are offering amnesty for the Niger Delta militants as a way of resolving the current crisis that has crippled the region and the productivity of the whole nations as well. The Federal Government is hoping that in two months about ten thousand militants will turn in their weapons and go in for a rehabilitation program in which they will be paid a $433 monthly allowance. After reading on a BBC website, all I could scream out was “are you kidding me?” Is this the last desperate effort of a government that has run out of ideas on how to deal with a situation that they have allowed to become more complicated? I had written a piece some months ago on why I think this conflict could as well result in a civil war if not managed properly. I guess now that these militant are having the ‘liver’ to go as far as the Atlas Cove in Lagos to cause havoc, it is becoming clear the magnitude of threat which their continued existence poses to the security of the nation. In any case, I have a few things to say about this.
END_OF_DOCUMENT_TOKEN_TO_BE_REPLACED