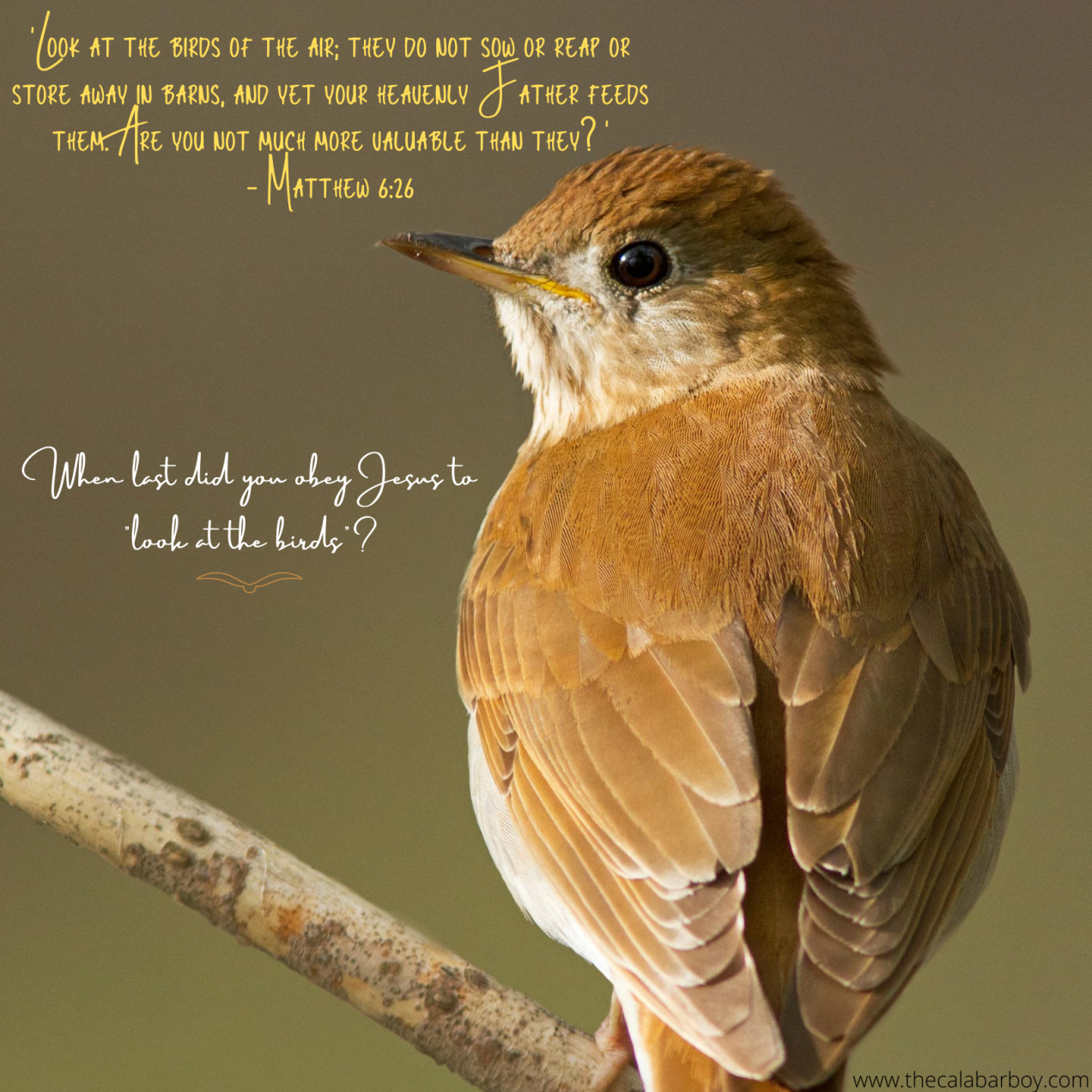 A few weeks ago, on a Saturday morning, I heard a sharp tweet by my bedroom window and stood up to see what it was. At first, I could not figure out through the dusty window net where the tiny high-pitched sound was coming from. Then I heard the chirp again as if to say “I am here, check me out.” Perched vertically on my window frame, was a tiny bird, so beautiful and alluring that I was frozen by its color and the shape of its beak. I begged it not to move so I could reach for my cellphone to violate this precious moment. It agreed and allowed a few clicks before it flew off. For some reason, to date, I just cannot stop thinking about what the little creature was trying to tell me.

Recently, while in continuous mediation of that encounter, I got a Netflix recommendation for a new science documentary called Connected. As though to keep me focused on the subject matter of birds, the very first episode of the series focused on the curious intuition of a specie called the Veery, a North American thrush with a brown back and speckled breast. In the program, the ornithologist and his team are trying to understand the migration pattern of Veeries from the North Eastern forests of the US. They migrated every year in a very unpredictable pattern, sometimes even cutting short their breeding season to migrate south.

On closer surveillance, using small GPS backpacks mounted on these species, they soon discovered that these birds flew 4000 miles south all the way the Amazon forest, and flew back several months later. Some of the tracked birds came back the very same tree they left to migrate south. As fantastic as that sounds, the question to be answered was what was responsible for their erratic migration pattern. After much observation, these scientists discovered that these Veeries had a way of predicting how bad a hurricane season would be months ahead, thus knowing when to leave Delaware and cross the Gulf of Mexico just before the hurricanes begin from the sea.

As unbelievable as mysterious as this sounds, the bird watchers were further confounded when they accurately predicted the intensity of the 2018 hurricane season in the US with the help of the Veeries-migration, despite what the US meteorologists were calling for as below average for the year. What exactly do these birds know that we don’t despite the sophistication of our weather equipment, software, and complex prediction algorithms? What signs do they read or perceive that humans cannot comprehend? Maybe one day, science itself will be able to thoroughly explain the phenomenon.

Just thinking through this reminds me of these Bible verses I came across in my reflections:

There are powerful lessons to observe from nature all around us, and in particular the birds we all too quickly admire. Our Heavenly Father is very particular about the works of His hands, and He daily sustains every one of them, including that which we know as inanimate. There is a special relationship He has with everything He has made, they all listen to Him and He speaks to every one of them. To narrow this point down, let’s note that He who made the birds also made the storms and He speaks to both, and they understand and obey Him. The Father appoints the times and season for the birds and the storms and they all know what is required of them by Him. This truth must settle within our hearts as God’s children.

We will never fully understand how precious we are to the Heavenly Father until we stand before Him and realize that each one of us was first an idea in His mind before we came into existence. He framed every part of us intentionally and understands the times and seasons of our lives. If we can grasp just a fraction of this, like the birds we can then tune into Him at all times to download the constant flow of life that is vital for our living and covering. This is why Jesus, in helping to understand the profound love and care of the Father for us, invites us to “Look (consider) at the birds…” Have you obeyed this simple command yet?

Whenever I remember that bird by my window, I call to mind what it was trying to tell me that day. From its waking whistling call to its acrobatic display, it was all an early reminder that God loves me and has got me covered all my life. So, I extend this same call to you to consider the birds. Every time you see one fly by or perch around, remember that the Maker of the heavens and the earth is watching over you carefully and that every strand of hair on your head is numbered by Him.

You can also refresh your heart by thinking on these other scriptures: