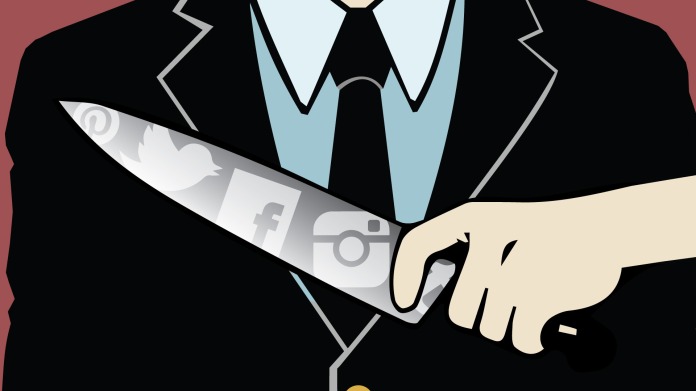 I woke up on the morning of Easter Monday, floating back to earthly life from deep thoughts on unspoken matters. I had just been re-energised by simple meditations on beautiful and uncomplicated things, inspiring my heart with a positive outlook to life. My mind was on fire with all the songs I had just finished singing from the previous nights’ concert, and I still could literally feel the bellows of the Church organ resonating in my bowels. Still longing for my bed, I had to wake early to go see my sister, whose birthday it was. I didn’t mind. My legs were tired, but my mind was alive.

I’m usually alert to spoilers, but not on this morning. I was revelling in unguarded pleasantness, until I scanned through my Twitter feed. Usually, I search specifically for informative content, particularly from individuals who have a history of tweeting articles and following it up with a great conversation. Sadly, my feed was plastered with commentaries on a recent statement made by a traditional ruler, which set Nigeria’s Tweetosphere ablaze. So many tweets were flying around the subject matter that I had to carefully trace what exactly prompted all the vitriol. Unfortunately I followed the Rabbit trail (all in a few minutes of siting in the car waiting for my sister) and realised later that I had squeezed out almost every ounce of joy in my heart.

How did that happen? While I sat there amazed at how people turned on each other over someone else’ comment, I was ignorant of how the bile had seeped into my mind and cast a dark showdown over my thoughts. I was now thinking on how this might spark electoral violence, ethnic rivalry, and a series of unfortunate events in Lagos. By the time I arrived at the local Catholic church with my sister for the Mass, I was a different man. I had lost the sense of the beautiful I woke up with. I sat in church contemplating Nigeria’s troubles, rather than enjoy the strange art of worship I wasn’t used to. I had just swallowed the bitter pill that online social media serves us daily.

When I realised this, I immediately flew to the other extreme; the thought of shutting down my social media accounts and save my heart from the ache it feels when stuff like this happens. Again, that was another mistake I was entertaining, which is also a direct result of the mind warping effects of non-personal communication. I ended the saga by shutting down all thoughts in that regard and focused on the proceedings at this local assembly of Christians. I later made a friendly call on my way back home to restore sweetness.

You’re Changing and you don’t know it.

If we had an empirical way of determining quality of life pre and post online social media, it would really be helpful. We must constantly assess how much impact the external environment has on us if we will retain and sustain the foundation of human community. If you are given very much to the use of online tools of communication, it is your responsibility to ascertain how much this is changing you to something undesirable. I have seen good natured people become online monsters over a simple conversation. From highly opinionated and derogatory updates to something that borders around psychiatric concerns, I wonder how we spiralled down this hole. What is even more baffling is that many of us who use these tools to propagate our position on any matter do so with only a fraction of knowledge about the subject matter.

Everyday I check the various online channels I subscribe to, it appears that there is an uncontainable wave of burning anger sweeping across my timelines. I find humans defend positions so passionately and rail invectives on those who dare question the premise of their beliefs. People are angry and can’t put a finger on the cause. Some spuriously claim the State of the country is driving them “mad”. The last time I checked, social sanity and public decorum is surely not an endowment of State, but a value personally cultivated from the furnace of character formation. I recently read a controversial article published by a well known online columnist. I then made the grievous mistake of reading the comments following the article and I present below screen shots of some really bad responses to the article:

Put a leash on your Dog

While it may be true, as someone noted, that perhaps we were already monsters and social media helped us discover our true nature, it is also important to note that each one is fully responsible for what the monster does. Social media is like a walk in the park with your Dog. The wise ones put a leash on it, because even small Dogs can do major damage. The escalating levels of irreverence we witness everyday on Facebook and Twitter is destroying the basis for functional relationships that make societies better.  Three years ago there was a heated conversation over information on a Facebook page I manage. There was a particular individual who make such derogatory remarks that stunned everyone. I saw this person moments later and the meeting was so uncomfortably cold, given that we have known each other for several years. Unfortunately, you cannot take back the things you say or are made to say while streaming your emotions online.

Much research has already been done into the effect social media is having on human interaction, and most of these articulate the matter better than I will ever do. Mark Bauerlein’s book – The Dumbest Generation – is quite direct in describing the effect in more dramatic ways. My take is more on your personal responsibility to make your life better by putting a leash on your Dog(s). I counsel you to scarcely comment on matters you don’t know much about. If you want to feel intelligent by tweeting or updating your Facebook, then do so respectfully and moderate your conversation to ensure that it is respectful and kind. 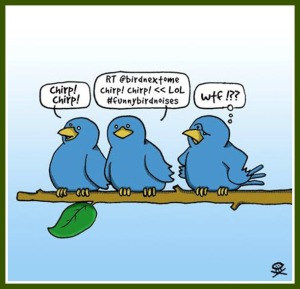 Any form of social communication that doesn’t involve eye-to-eye contact, food, drinks, and lots of gesticulation accompanying speech, is, quite frankly, unhealthy. We cannot afford to reduce our lives and conversations to a text box or 140 characters and believe that to be a functional part of our existence. We must not lose that God-endowed ability to coordinate between the brain, eyes, lips, and hands; that time ‘ol art that has been replaced with direct links between the brain and fingers. Haven’t you ever wondered why an ‘LOL’ is simply an instruction from the brain to the fingers, bypassing all forms of facial expressions? It seems laughable, but isn’t. It is indicative of how really messed up conversations over tiny devices have become.

Let me wrap this up by simply stating that if social media is poisoning your soul, and you are losing the sense of the beauty of relating with other people, then this note is directed at you. Just do something about it.