Achievements: Mohandas K.  Gandhi was the spiritual and political leader of the Indian independence movement and an advocate of nonviolent resistance as a means to effect social change. Gandhi assumed a leading role in the Indian National Congress in 1921 and transformed the party into a mass movement dedicated to ending social and economic discrimination against Indians and achieving India’s complete independence. He was also a vocal advocate for the emancipation of the Hindu “untouchable” class, as well as unity between the Hindu and Muslim communities. Following India’s declaration of independence, he opposed the partition of India and Pakistan. Gandhi was shot and killed by a radical Hindu nationalist on Jan. 30, 1948.

Close calls: History’s most famous pacifist is probably the peace prize’s most famous omission, and the Nobel Foundation has even a Web page explaining its side of the story. Gandhi made the Nobel short list three times: in 1937, 1947, and then posthumously in 1948. In 1937, the committee’s advisor criticized Gandhi’s dual role as a peace activist and political leader of an independence movement, writing that he “is frequently a Christ, but then, suddenly, an ordinary politician.”

As India and Pakistan achieved independence in 1947, Gandhi’s crowning triumph was tempered by the violence and dislocation that resulted. With tensions growing in the summer of 1947, the Nobel committee hesitated to award the peace prize to someone so closely identified with one of the combatants. The committee also seems to have been affected by regional and racial biases; most of the prior awards had been given to white European men.

Although the committee considered awarding Gandhi the prize in 1948, following his assassination, Alfred Nobel’s will clearly required that the award be given to a living person. However, the decision to not dispense any award that year because “there was no suitable living candidate” appears to be an implicit admission that the committee missed its opportunity to recognize Gandhi’s accomplishments.

Achievements: Eleanor Roosevelt was a first lady of the United States, a leading feminist, an advocate for civil rights, and a strong proponent of the United Nations as an organization to advance world peace. During her husband Franklin Delano Roosevelt’s New Deal, she supported an increase in the number of women working in government, advocated for relief programs specifically targeted toward women, opposed the poll tax on African-Americans, and spoke out in favor of the living wage. Following FDR’s death, President Harry Truman appointed her as delegate to the U.N. General Assembly, where she served as the first head of the U.N. Human Rights Commission and played an instrumental role in drafting the UniversalDeclaration of Human Rights. Through her efforts, she became a symbol and an inspiration for independent and politically active women in the United States and abroad.

Close calls: In 1947, the Nobel committee considered awarding the peace prize to both Roosevelt and Alexandra Kollontai, the Soviet ambassador to Sweden, in a bid to bridge the rift between the two Cold War adversaries. She was nominated again in 1955, but it was after her death in 1962 that a circle of her friends began pressing the Nobel committee to posthumously award her the prize. Truman urged committee members to bend their rules and award her the prize, writing, “If she didn’t earn it, then no one else has.” The committee declined, leading one Roosevelt supporter to complain of its “rigidity extraordinaire.”

Achievements: Vaclav Havel provided the cultural and political voice for the movement that brought the Soviet domination of Czechoslovakia to an end, and he subsequently integrated the Czech Republic into NATO and the European Union. As a playwright, his works lampooned the communist system and galvanized anti-Soviet sentiment across Eastern Europe, leading to his imprisonment in 1979. He was a signatory of the famous Charter 77, which criticized the government for its failure to respect essential human rights and for making the right to freedom of expression “completely illusory.”

Havel’s efforts culminated in Czechoslovakia’s famed 1989 Velvet Revolution, which ended with the nonviolent overthrow of the communist regime. Havel subsequently made the transition to political leader and was elected as the first president of the Czech Republic, a position he held until 2003.

Close calls: Havel was nominated in 1989 by U.S. Rep. Steny Hoyer and Sen. Dennis DeConcini while he was imprisoned by the communist regime, and again throughout the early 1990s. The committee has sought to achieve a geographical balance in recent years, so Havel’s chances might have been diminished by the committee’s decision to award fellow dissident-turned-president Lech Walesa the peace prize in 1983. Although Havel has not won the prize himself, he has been active in nominating others for the honor. He nominated Burmese pro-democracy leader Aung San Suu Kyi for the prize in 1991, which she won. 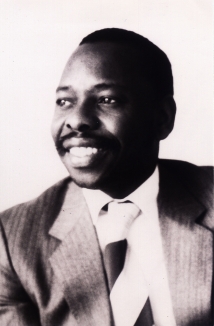 Achievements: Ken Saro-Wiwa was a Nigerian environmental activist and author who led a nonviolent campaign against the environmental degradation occurring in the Niger Delta as the result of crude-oil extraction. A member of the Ogoni indigenous group based in the region, Saro-Wiwa founded theMovement for the Survival of the Ogoni People to protest the collusion of the Nigerian military regime and the Royal Dutch/Shell oil company at the expense of Ogoni agricultural and fishing lands. He organized peaceful protests against Shell and advocated for the cleanup of the area’s environment.

In January 1993, he led 300,000 Ogoni in a march to demand a share of oil revenues and a degree of political autonomy. As Saro-Wiwa’s efforts gained publicity, the Nigerian government, dependent on the revenues from Shell’s oil extraction, arrested and tried him in a special military tribunal on trumped-up charges and subsequently executed him in 1995. His death triggered international outrage.

Close calls: Saro-Wiwa was nominated in 1995, but never came close to winning the award during his lifetime. He did, however, win the prestigiousGoldman Environmental Prize, an annual international award for environmental activists, and the Swedish Right Livelihood Award, which is often referred to as the “alternative Nobel Prize.”

Achievements: In the fraught world of Israeli-Palestinian relations, few leaders have tried as hard to bridge the gap between the two peoples as Sari Nusseibeh. As president of Al-Quds University since 1995 and the Palestine Liberation Organization’s representative in Jerusalem since 2001, Nusseibeh has been one of the leading advocates of compromise between Israelis and Palestinians.

He has broken important taboos within the Palestinian community, such as openly talking about the impracticality of the right of return for Palestinian refugees, without ignoring the devastation that the Israeli occupation has wreaked on Palestinians. Most recently, he worked with Ami Ayalon, the former chief of Israel’s Shin Bet security service, to develop an initiative aiming to end the Israeli-Palestinian conflict.

Close calls: The Nobel committee bequeathed the award to Yasir Arafat, Shimon Peres, and Yitzhak Rabin in 1994 “for their efforts to create peace in the Middle East.” But as the situation in the Middle East appears no closer to a resolution 15 years later, the committee has shied away from considering other Israeli or Palestinian aspirants. Nusseibeh’s ongoing attempts to help his people reach meaningful reconciliation with the Israelis, however, might cause the committee to reconsider.

Following her husband’s death, Corazon Aquino took up his political mantle, and when Marcos proclaimed snap presidential elections in 1986, the opposition united around her. After the official tally declared Marcos the winner, amid widespread allegations of electoral fraud, Aquino’s supporters took to the streets in what became known as the People Power Revolution, a nonviolent protest that installed Aquino as the first female president of the Philippines. During her presidency, Aquino presided over the Philippines’ successful transition to democracy, retiring to private life in 1992. She died in August.

Close calls: Aquino was nominated for the Nobel Peace Prize in 1986, but lost out to Holocaust survivor Elie Wiesel. She did, however, win a substantial consolation prize that year when she was named Time magazine’s Person of the Year. “In a nation dominated for decades by a militant brand of macho politics, she conquered with tranquility and grace,” Time wrote.

Achievements: Liu Xiaobo is one of the best-known critics of China’s ruling Communist Party and one of the first signatories of the pro-democracy manifesto Charter 08. The charter, published in 2008 and self-consciously modeled on Vaclav Havel’s Charter 77, criticizes the Chinese regime’s approach to modernization as “a disastrous process that deprives humans of their rights, corrodes human nature, and destroys human dignity.”

The arrest of Liu, a former university literature professor who had been previously jailed for his involvement in the 1989 Tiananmen Square pro-democracy protests, was criticized by an international group of human rights activists and writers — including three Nobel Prize winners — in an open letter sent to Chinese President Hu Jintao on Dec. 22, 2008. Liu’s continued imprisonment was condemned in a resolution passed by the U.S. Congress on Oct. 1, which claimed that Liu “has inspired millions of people in China and the world.”

Close calls: None, as of yet. Liu has only achieved prominence since the publication of Charter 08 last year, and it is unclear whether the fledgling movement that he represents will ever challenge the Communist Party’s grip on power. But with the 60th anniversary of the People’s Republic of China and the 20th anniversary of the Tiananmen Square protests this year, there‘s heavy speculation that the committee will recognize a Chinese dissident.

– Culled From Foreign Policy Magazine and written by David Kenner