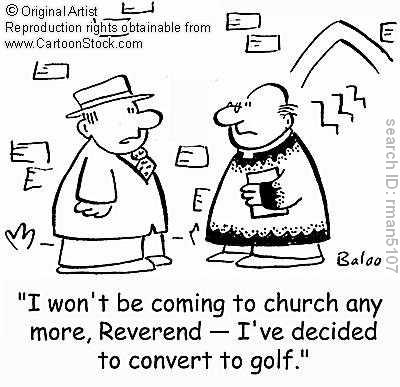 I will strongly encourage that you read the preceding parts of this before you jump on here.This will help you appreciate where I’m coming from with all these stories I am patiently following through. From the past series I have tried to look at some serious misconceptions about the church and within the church. Thus I have coined words such as Churchianity, Churchianics, The Churched all to help conceptualize the misconceptions that exist today regarding the church. This is the 5th part of the series and I am now looking at what is the real meaning of the church and what was the original plan of its founder.

I am a student of purpose and subscribe to the belief that when purpose is not known, abuse is inevitable. This is very simply to understand because everyone who creates a product has a plan or purpose in mind. No one makes a spoon and uses it as a drumming instrument; neither does one cook a pot of stew and uses it for painting the walls simply because it’s almost red in colour. Purpose is what guides action and the execution of any plan or design. Most of us can attest to the fact that our lives had little direction until we came in touch with our self-defined or God-given purpose. Secularly we can appreciate when people say they came to an epiphany all because they found something larger than themselves on which to base life’s journey upon. As we all find meaning to who we are and what we do or what we are engaged in, so also everything in life has it predefined purpose, whether we know it or not. This was my quest when I began trying to understand what the church really stood for and what the idea in the mind of the founder was. Is what we see to be the church today according to the purpose of He that founded it? If not, what then was the founder trying to accomplish when He set it forth? These are important questions I had to seek an answer to and this has led me to consider this whole topic. So I consider this part the first of the concluding part to my discourse so far on the church. I want to be able by the end of this to establish what the church really mean, and what role we all play within it. This may be fairly longer that the other parts, but please do bear with me, as this is difficult to summarize.

If I asked what the definition of the word “church” was, I am sure I will hear statements such as “a church is a building in which Christians meet for worship,” or “a church is a group of Christians who gather for religious purposes.” These definitions seem very harmless, but they do not take us very far in our understanding of the true purpose of why Christ established The Church. First of all, the New Testament, from where we hear Jesus establish the rise of the church, is written in the Greek language. And it is important to note here that most of our readings of the English translations bears little semblance to what was really communicated. The word translated as church today came from the Greek word “Ekklesia “, which means an assembly or a gathering (etymologically it connotes the calling out to a gathering or assembly). The word “church” on the other hand comes from an Old English word “Cirice”, similar to an Old High German word, “Kirihha”. These two words originate from a Late Greek word, “Kuriakon”, which comes from the Greek “Kuriakos”, the possessive form of the word kurios, the term for “Lord.” Kuriakos thus simply means “Lord’s,” showing possession, or “belonging to the lord” (Webster’s Ninth New Collegiate Dictionary). Therefore this word can mean anything that belongs to the Lord. This is where the word “church” comes from and it means The Lord’s. In fact this word only appears twice in the Bible (I Corinthians 11:20 where it talks about the Lord’s Supper and in Revelation 1:10 talking about the Lord’s Day). Ekklesia however is mentioned about 112 times in the Bible and this is by no way a religious word. Rather it was more political in its meaning because of its origin, which is ancient Greece. It was the name given to the governmental assembly of the city of Athens, duly convoked (called out) by proper officers and possessing all political power including even juridical functions.

At the time of Jesus, a lot of the Greek political concepts were fully functional in society. Herod for example had what was called Herod’s Ekklesia, who were highly informed individuals called out and gathered to advise Herod. They deliberated on Herod’s plans and decisions and were very knowledgeable and respected, thus formed a kind of advisory team to Herod. Jesus never made a mistake when he stated clearly from Matthew 16:18 that He would “build his “Ekklesia” (gathering of informed people)”. He knew exactly what He was talking about. But this has been substituted with the word church, which connotes a religious gathering of people or a structure where such peoples gather. In Greek society, the Ekklesia was the assembly of full citizens in a particular city. (Most residents were not full citizens at that time.) Thus the Ekklesia was rather like the city council in a modern American city in terms of its authority. Look closely how Jesus continues that statement; “And I will give you the keys of the kingdom of heaven, and whatever you bind on earth will be bound in heaven, and whatever you loose on earth will be loosed in heaven.” (Matt. 16:19). This shows the awesome authority that this group of people was to exercise. Make no mistake; it had nothing to do with a religion, but a Kingdom which Jesus had come to establish. This is an important step in retrieving our brains from the trap of religious confusion.

In Ancient Greece, within the city-state system, the Ekklesia was made up of all the citizens who had retained their civil rights. The powers of the Ekklesia were almost limitless. According to the writer John W. Ritenbaugh, “It elected and dismissed magistrates and directed the policy of the city. It declared war, and it made peace. It negotiated and approved treaties and arranged alliances. It chose generals, assigned troops to different campaigns, raised the necessary money, and dispatched those troops from city to city. It was an assembly in which all members had equal right and duty.” These points to the level of influence Jesus had in mind when He used that term to refer to what He wanted to build. Remember Jesus was a King and this He established even before Pilate. So it follows that a King enhances His kingdom by giving Authority to His followers to apply His laws wherever they find themselves. It is so interesting to see how much political terms Jesus used during His earthly ministry. Thus the people that were to represent this King were men who had been built into a certain level of competence to be representatives of the King. I remember the Scriptures put it this way in 2 Cor. 5:20: “Now then, we are ambassadors for Christ…” May I remind you once more that the word “Ambassador” is not a religious word, but it is a political one. Ambassadors must attain a level of competence before they represent the affairs of the King, and this is why Jesus commanded His disciples to go into the world and make men of the same quality as themselves, and teach them to observe all that had been taught them by the Lord.

We also see from the Scriptures that much of these gatherings took place in the houses of members and not under any big structure. It was only the Jews then that had Synagogues or worship temples as well as those of the pagan religions around then. The nature of an Ekklesia was one that every member had the right to speak and to reason with the others regarding the words of the King. Thus a smaller homely setting will create more close contacts and more opportunity for members to register their presence and to exercise their special abilities. But today we see the desire for God’s people to build huge structures that does nothing but stroke the religious egos of Christians and open the door for a competitive spirit to mute the voice of our gospel. Now we compare ourselves with ourselves and fall into the foolishness which Paul referred to in the New Testament. I am by no way condemning huge gatherings, but I tell you the truth, it can never deliver effectively the purpose of God on the earth. Paul Yonggi Cho, Pastor of the largest gathering of nearly 830,000 people, found out this important truth. The church will only grow on the basis of the cell system, which is church in the home. Many churches adopted this model and saw a dramatic increase in Disciples of Christ. Meanwhile many Pastors and church leaders are busy planting churches everywhere and then going to evangelize people to come into these buildings. Wow!!! How we have missed the point. There is a reason why the home is the base of the Ekklesia. Jesus says that the only way the world will know that we are His Disciples is if we have love one for the other. Where else is best to express this except in the small gathering?

In the final part I will talk about how effective we can be when we follow the original pattern laid out by Jesus.

7 thoughts on “CHURCHIANITY, CHURCHIANICS, THE CHURCHED AND CHURCH – Part 5”