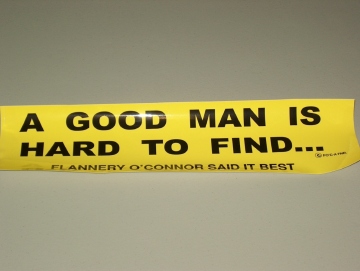 A while ago I was burdened by an issue and was hard pressed to write on it. I titled that article “Where are the good men?” because there seems to be a silent question in many hearts these days on why there’s a sudden disappearance of good men. Whether there’s a disappearance or a drastic reduction, either still spells a major concern not just for young women who are at the threshold of making key decisions about a lifelong commitment, but also for those of us who are interested in the social impacts of the family. While I tried to refute the fallacy that pervades society that good men are dwindling in numbers, I also attempted at excavating the origins of a warp consciousness of societal values, because this helps us understand at what point the disconnect happened. If we are going to recover what is lost, we need to know at what point we lost it. I ended on the point that we cannot build our expectations on fallacies that are unprovable, and we cannot allow the negative to guide the ascension of truth in our hearts. In that light I promised to share on how one can find a good man since they not only exist, but abound. Therefore the central thesis of this discourse is that you can find your good man and I offer some advice on this matter (sounds professorial I know….lol)

I risk sounding like a male chauvinist in writing this piece because some would ask what the heck about men anyway. Some have even said to me not all women want a man in their lives, so I shouldn’t make an issue of this because some are satisfied just the way they are. While I cannot but scream “BIG LIE” at that assertion, I also recognize that there are a few women who get offended when we talk about how to find a good man. For whatever reasons they have, they hold their opinions dear and rightfully. So I am not here to challenge that position, neither will I insinuate anything (although I think I already did) because the truth really is out there for all to see. I am also not trying to defend men in any way, because I know some of my kind are wolves in sheep clothing. But I am a man and a good man for that matter, and can’t deny who I am. This mere fact gives me unrestricted access to the internal configuration of the male and what draws us away from our original design. I am not overly qualified, but out of my concern for truth and love, I can speak a little on how to find a good man. I am trying to speak directly to those who are concerned with this issue and to those who care to know. To those who are humble enough to hear another mans’ counsel on this dialogue and learn from another’s experience as well.

First, many book have been written on this subject and in the West, an entire academic field has been developed out of this situation, which has assumed a global dimension. In Singapore for instance, a society that is at the stage of high mass consumption, and for which much of its success lies with a virile female population, there is a growing number of successful women than men. A friend from there once shared with me some of the impacts of this trend in the Singaporean society. For instance, some young men simply become gigolos and live of that because lots of women do not find their type so just settle for sexual satisfaction. I came across a Time Asia Magazine survey quoted by BBC news on Monday, 12 March, 2001 which stated that Women in Singapore were found to be the most forward, with 18% saying they initiate sex. It also stated that Singapore appeared to be the most committed to monogamy, with 67% of men on the island saying they had never been unfaithful. Such issues, like that faced by Singapore, have attracted wide range studies and commentaries with several books churning out from secular and religious circles. Most of the secular writings focus on the problems and a mere description of the issues while offering no solutions. The religious ones go a step ahead in giving bold answers giving tips on how to find the right partner. But in all I find that they miss some vital issues. This is what I lay out forthwith.

So much is being said about how to identify or how to find the right man, but very little is said about how to be the right woman. There is a passivity we carry when it comes to dealing with our troubles. Very few try to put themselves first along the continuum of challenges to be dealt with. But the truth is that you are your first battle! If you cannot win over yourself, then you can never win over any circumstance or battle you may be confronted with. Life is full of a lot of mismatches not only because of a wrong self estimation, but covertly, because of a non self regulation. Many folks out there simply live their lives normally and expect that things will sort themselves out. But it never happens that way. Whatever exceptional thing happening is because someone worked at it, and this applies to relationships as well. The first step in finding your right man is being the right woman yourself. I am one of those who strongly believe that when you have settled on your personality; your access will be easier. Then you will be ushered into a larger room of better understanding of who your partner will be. This way it will be easier to know him when you see him, no matter in what form he appears. A key problem I find is that most ladies know what they want, but cannot tell it when they see it. This is because there is still a hindrance that prevents this. Nothing else describes this better that what Jesus said in Matthew chapter 7.

Many interpretations can come out of this as we all know, but one truth my eyes were open to was that the reason why you can see a speck in another persons’ eye is because you have a log in yours. So who you are is what determines what you see. So if you correct your internal configuration, you will see correctly. I have heard many ladies say “But I am a good woman Reginald, I have a lot of love to give and I am well mannered.” This is also an indication that you haven’t still got a long way to go with dealing with yourself. When you feel you are most ready, give a second check, you may very well not be. Some years ago, I was having a conversation with God and I was outlining all the things I want to see in a woman. When I presented this list before God, He asked me to take a second look at what I wrote. Then He said all I had written came from the abundance of my heart. Therefore He will give me a woman whom I will impart these wonderful virtues I had mentioned into. This was a wow moment and a perspective changing encounter for me. Now I understand that though I have my desires for a person that suits me, a higher perspective is that this is way beyond me. Beyond what I wanted was what I presented. What I mean is that beyond what I wanted, was what I could give as a person. God told me then that “Reggie, if there is a woman like what you have stated, I will not give her to you! Because she will not need you in her life, she will be complete without blemish and will need no one to complement her.” I was shocked by this response from God. Past what we want, is who we are. God knows when we are ready, we don’t! He knows if we will punish the one He gives to us of if we will be faithful to care for that one. So let’s put our wants aside and rather allow God deal with our person as the first step towards getting the right man.