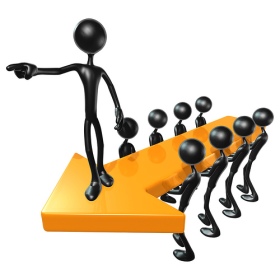 Some of the few things I have resolved to do flows from certain guiding principles I had to recall to heart, and they include in the following points. The first is that only those who are committed to actions rather than speeches make great leaders. Like a few friends have counseled me, there is a place for talking, especially as it brings awareness to others and encourages people to switch the light on their consciences and empowers their collective will. However, when there is an opportunity to act, speech should never be the preferred occupation, because in the end, people want to follow him who knows what to do and not what to say. So now I scan my involvements to see where is it I can lead by taking proper action instead of casting my words to the air and hoping that someone somewhere catches it and makes sense of it. Even the one who a lot of us follow; Jesus, the Bible records that he first began to ‘do’ before he taught the things He had done.

Second point is that in looking through history, actors more than talkers were accorded the privilege to be leaders. These were men who rose to the challenges of their time and didn’t remain at the influential sphere of ‘talkdom’, but graduated into taking practical steps in delivering on their values. I remember Nelson Mandela and how despite the fact that he was a trained lawyer (meaning he could use his words effectively), he chose to act out against the injustices in his country and today he is honoured as one leader the world may never see again. There are too many examples to cite here, but I must point back to you as you read this. Why are you were you are today? Wasn’t it by certain calculated and well executed steps? There was a time when you had had enough of your words, you had to translate them into actionable plans, and see where you are today. So we really do not have to look far for who we follow because somehow we have managed to effectively follow ourselves because we take committed steps at making our lives better. So I believe leadership is more about positive actions that take a people from one point to another, and this is evident in your life.

A third issue I raise here is following on the heels of what John Haggai said. He stated that “The world is like an automobile speeding down the highway. Without a driver, it will surely crash. But with a driver it will go where we want it to.” Truthfully, this is such an apt representation of the world’s history. Major changes have come by the hands of a few men who had risen up to upturn existing societal phenomena. Some have done this for evil, while others have done it for good. Not one of them was a mere speaker, but they were also powerful movers. And guess what? People followed them; in good and in bad. As much as we demonize Adolf Hitler, the amount and level of technology that came out of Post War Germany, can be traced back to his reign. A lot of our parents of course were posers with the Volkswagen Beetles, which came about as a mandate from Hitler. The world is driven by men of action many of whose speech we have never heard, but their work is showing and speaking for them. Words don’t drive a car, more less the world, and yes, actions speak louder than words. I repeat, words have their place, but actions cover more space.

So now the leadership questions yawns back at every one of us. We see so much wrong all around us and many of us talk. But very few of us do right. After we have done all the commentaries, it boils down to putting out hands into where our mouths have been. Indeed there are many things we cannot do because they are simply out of our zones and it is justified to speak and point others to this. But where you can do much more, and you perceive you have the grace to do so, then by every means do something. Usually people wait to see who is takes the first step before they align themselves behind. I want to provoke many does in my lifetime than mere talkers. For with what good we know we merely speak to men rather than guide them to change when we can, then we would have robbed them of true leadership. For the leaders the world seeks are those who will ignite the flames of change by a positive example. I think I have registered myself with this group and I hope you do as well. This came out of my bathroom encounter!

6 thoughts on “THE BATHROOM ENCOUNTER – 2”